Dr. A. Wess Mitchell is co-founder and principal at The Marathon Initiative, a policy initiative focused on developing strategies to prepare the United States for an era of sustained great power competition.

Previously, he served as Assistant Secretary of State for European and Eurasian Affairs from 2017 to 2019. In this role, he was responsible for diplomatic relations with the 50 countries of Europe and Eurasia, as well as the institutions of NATO, the EU, and OSCE. At State Department, Mitchell played a principal role in formulating Europe strategy in support of the 2017 National Security Strategy and 2018 National Defense Strategy, led the Interagency in building instruments to counter Russian and Chinese influence in Europe, and spearheaded new diplomatic initiatives for Central Europe, the Eastern Mediterranean, and Western Balkans.

Prior to joining the State Department, Mitchell cofounded and served as President and CEO of the Center for European Policy Analysis (CEPA). Mitchell is the author of numerous articles and reports that have been translated into more than a dozen languages. His work has appeared in publications such as The Wall Street Journal, Foreign Affairs, Washington Post, American Interest, National Interest, Orbis, and Internationale Politik. He is the author of three books, including Unquiet Frontier: Rising Rivals, Vulnerable Allies and the Crisis of American Power (with Jakub J. Grygiel) and most recently, The Grand Strategy of the Habsburg Empire (Princeton University Press, 2018).

Mitchell holds a doctorate in political science from the Otto Suhr Institut für Politikwissenschaft at Freie Universität in Berlin, a master’s degree from the Center for German and European Studies at Georgetown University’s Edmund A. Walsh School of Foreign Service, where he received the 2004 Hopper Award, and a bachelor’s degree in history from Texas Tech University. During the 2012 Presidential campaign, Mitchell served on the national security team of Gov. Mitt Romney. From 2013 to 2016, he chaired the Europe Working Group of the John Hay Initiative. He has been awarded the Gold Medal of the Minister of Foreign Affairs of the Slovak Republic, the Commander’s Cross of the Order of Merit of Hungary, the Officer’s Cross of the Order of Merit of the Republic of Poland, and the Stanton Foundation Prize for writing in Applied History.

Mitchell formerly served as a senior advisor to the Secretary of State. He currently serves as the vice chairman of the board of directors at CEPA, senior advisor at the U.S. Institute of Peace, and Non-Resident Fellow in the Applied History Project at Harvard University Kennedy School of Government’s Belfer Center. He is also a member of the International Advisory Council at Cambridge University’s Centre for Geopolitics.

A sixth generation Texan, Mitchell lives with his family in Virginia. 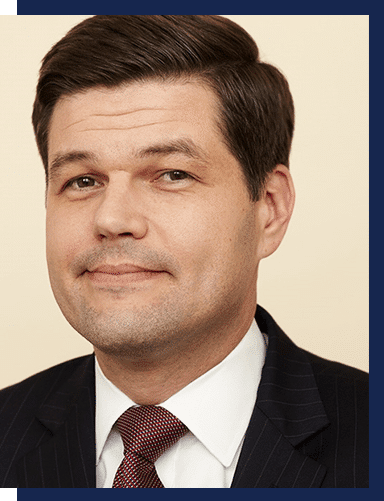 February 23, 2021Publications
Foreign Policy | The Western alliance is unprepared to counter the direct and growing challenge from Beijing....
Read More NATO Must Adapt for a Dangerous New Era

February 1, 2021Publications
Internationale Politik Quarterly | The North Atlantic Alliance has a once-in-a-generation opportunity to make much-needed changes and reinvent itself as the central strategic platform for transatlantic cooperation...
Read More Reforming NATO: The Report of the Reflection Group

Is NATO Prepared for the Future? Reflections on NATO 2030: United for a New Era Pushback on Xi’s Vision for China Spreads Beyond U.S.

Reflections on NATO: United for a New Era

December 16, 2020Events
CEPA | At a moment in which NATO is more indispensable than ever to protect Allies’ security and democratic way of life, the NATO Reflection Group’s report "NATO 2030: United for a New Era" presents a roadmap for how the Alliance can adapt together to address the evolving strategic environment over the next decade...
Read More

Under what conditions will we open to Russia

December 10, 2020Media
Limes Online | The first is certainly linked to its military equipment. Russia is the first nuclear power in the world , it has a modern atomic arsenal of about 6,000 warheads, therefore capable of destroying the planet several times.....
Read More

December 9, 2020Media
Washington Post | Minor rifts between the United States and its closest allies widened into a gulf over the past four years, as President Trump left multinational agreements and undercut organizations the United States had helped found, including the United Nations and NATO....
Read More

Interview with the former US Deputy Secretary of State

December 2, 2020Media
la Repubblica | from our correspondent Alberto D'Argenio BRUSSELS - NATO is alive and well, but it has to adapt to new challenges.....
Read More

NATO Should Expand Its Focus to Include China, Report Says

December 1, 2020Media
Wall Street JournalThe North Atlantic Treaty Organization should devote much more of its time and resources to security threats posed by China even while seeking to deter Russian aggression, a high-level assessment of the alliance’s future says in a report to be made public Tuesday....
Read More

October 13, 2020Events
Foreign Affairs | We at Foreign Affairs have recently published a number of pieces on great-power competition. To complement these articles, we decided to ask a broad pool of experts for their take...
Read More 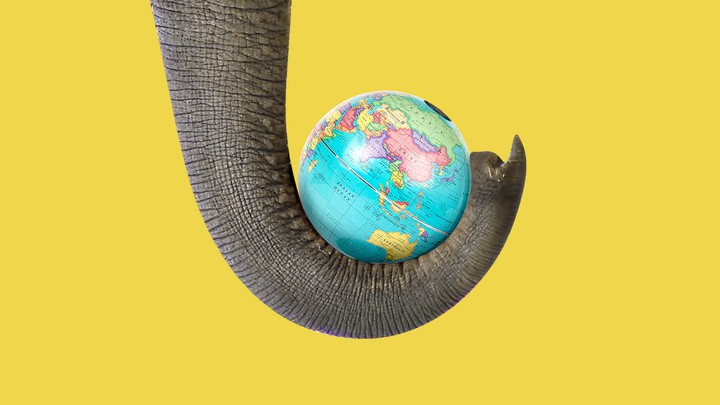 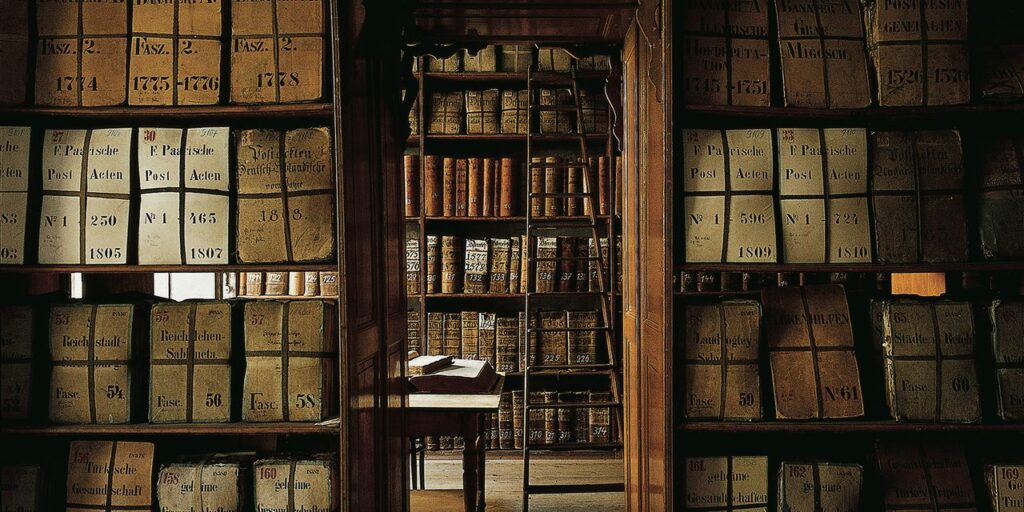 The Habsburgs: To Rule the World’ Review: An Ideal Empire

August 21, 2020Publications
The Wall Street Journal | Zbigniew Brzezinski used to tell the story of how his mother would bake a cake every year to mark the birthday of the Habsburg emperor Franz Joseph....
Read More 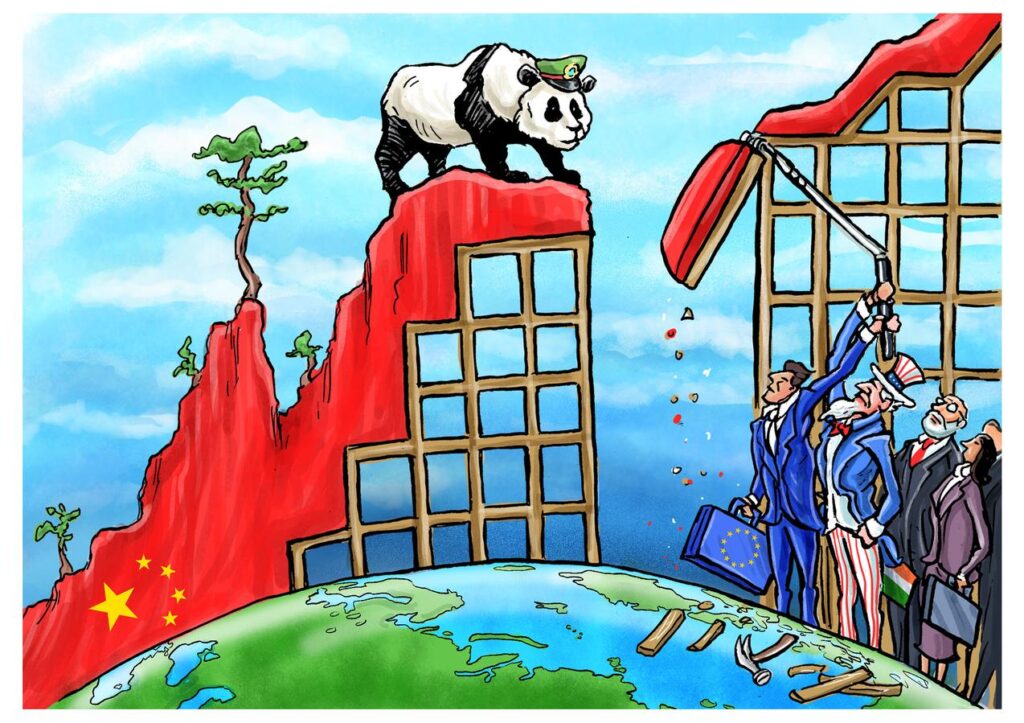 Containing China Will Be Complicated

May 7, 2020Publications
WSJ Opinion | The Covid-19 pandemic has convinced many that the U.S. must fundamentally change its policy toward China....
Read More 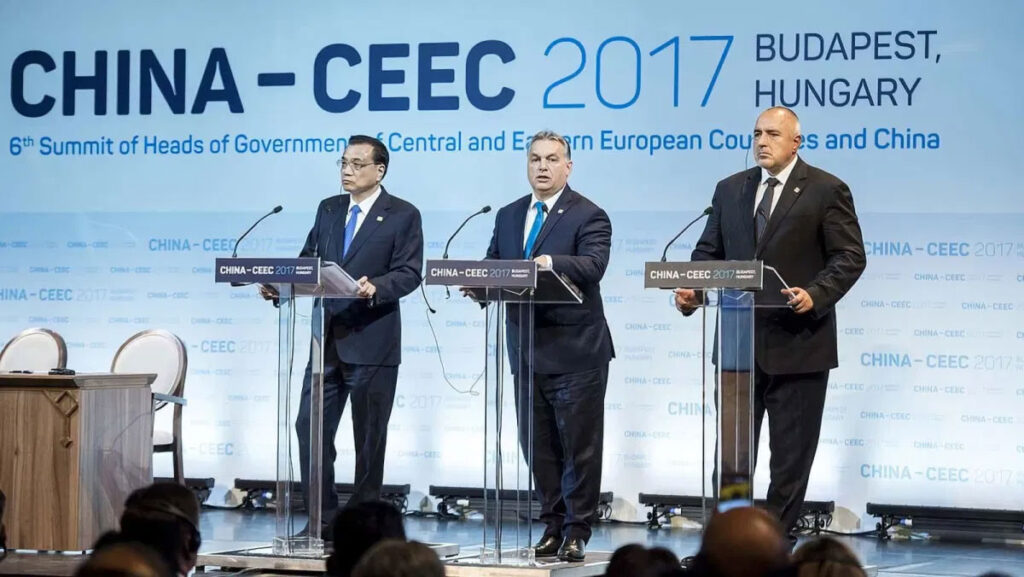 April 23, 2020Publications
The American Interest | Central Europeans are about to find out what it means to be dependent on Xi Jinping. For years, capitals across Europe’s eastern frontier have welcomed Chinese investment, inking deals...
Read More 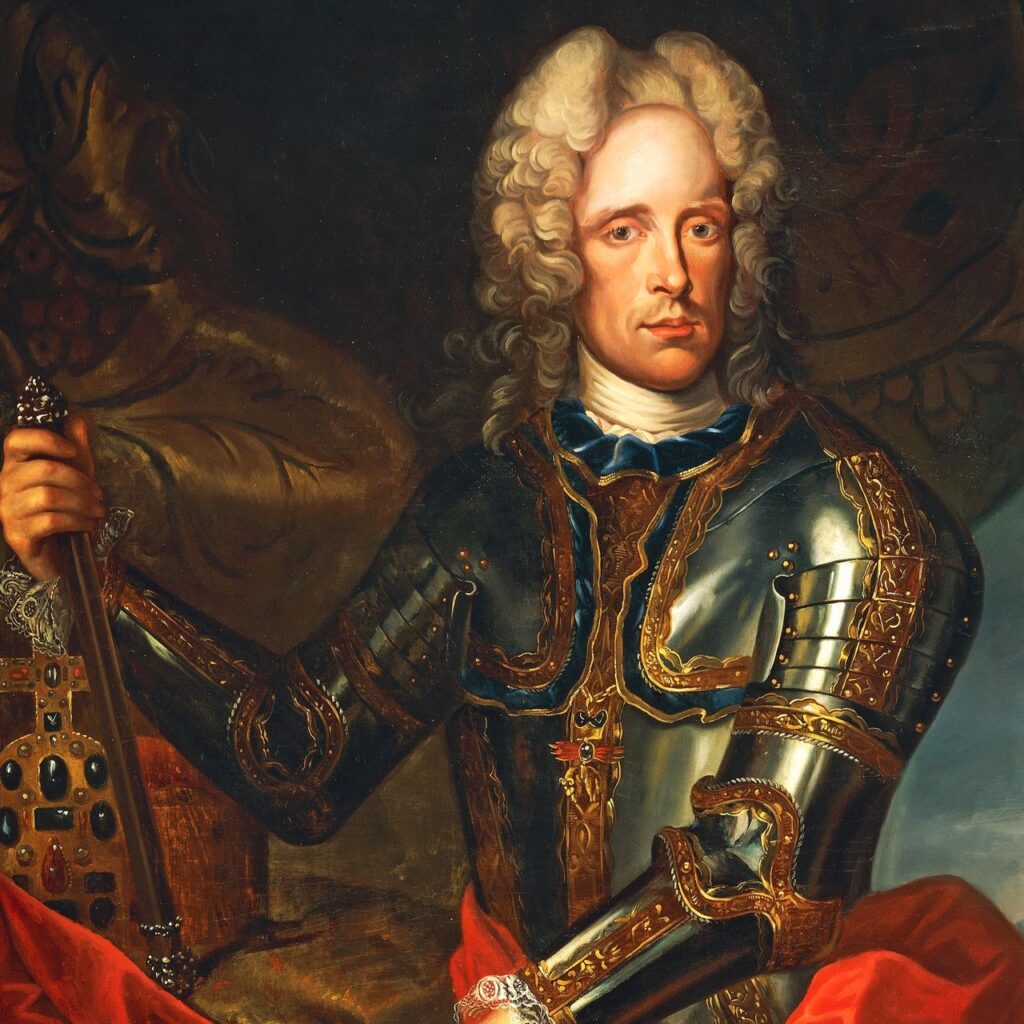 April 6, 2020Publications
The Wall Street Journal | As countries around the world frantically erect barriers against the spread of the novel coronavirus, it might be helpful to look at one of the most successful...
Read More 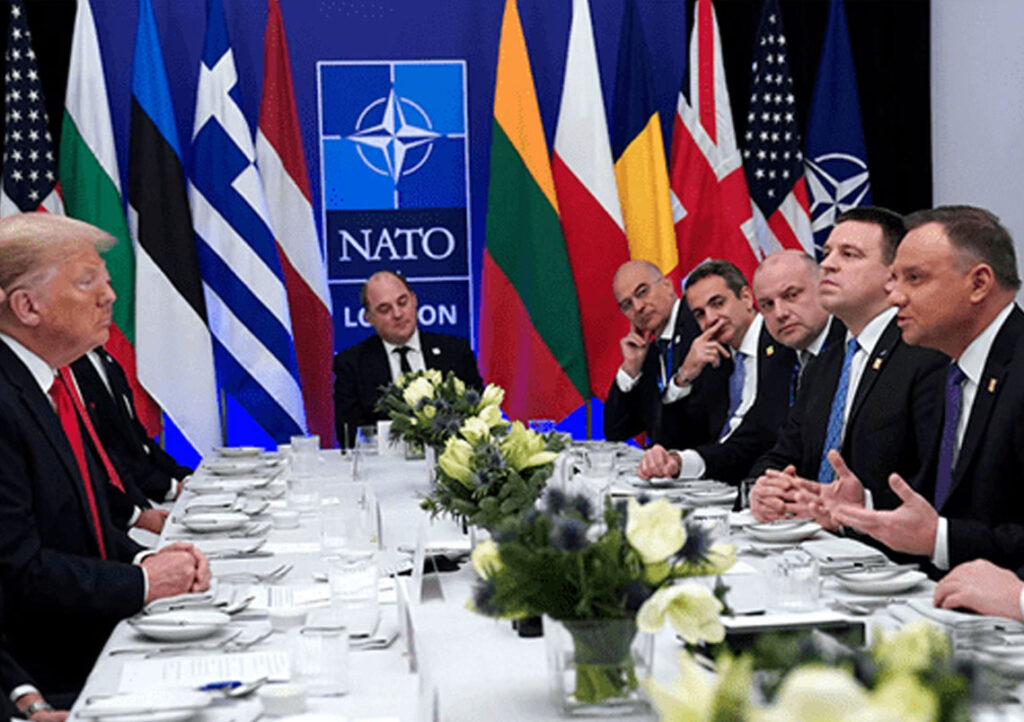 Covid-19 is a chance for the U.S. and Europe to unite on China

April 3, 2020Publications
The Washington Post | The United States and Europe should use the covid-19 epidemic as an opportunity to form a more united front in dealing with China...
Read More 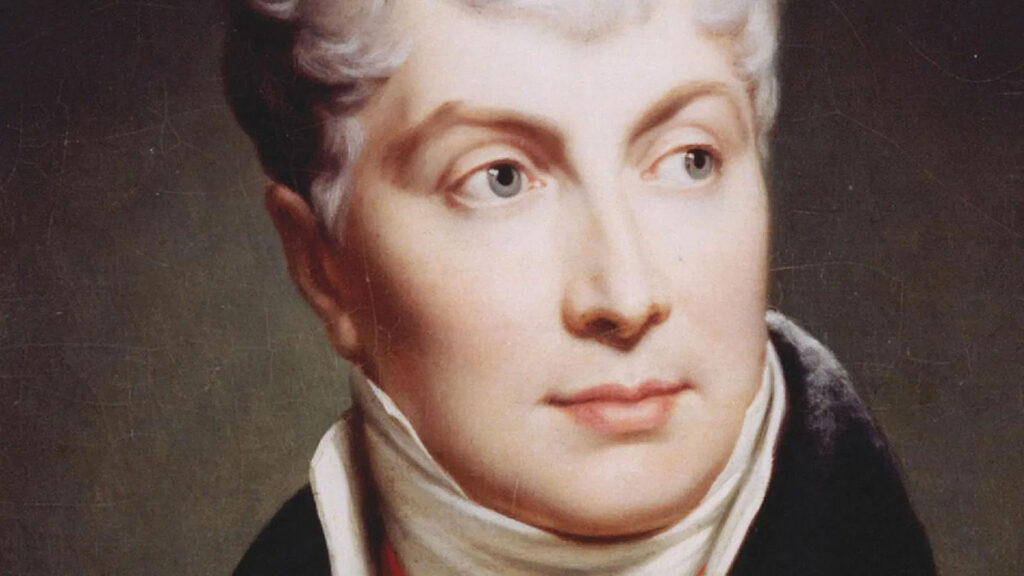 April 2, 2020Publications
National Review | What is the conservative to do,” Henry Kissinger asked in an essay in 1954, “in a revolutionary situation?” In a stable order, conservatism is in a sense...
Read More 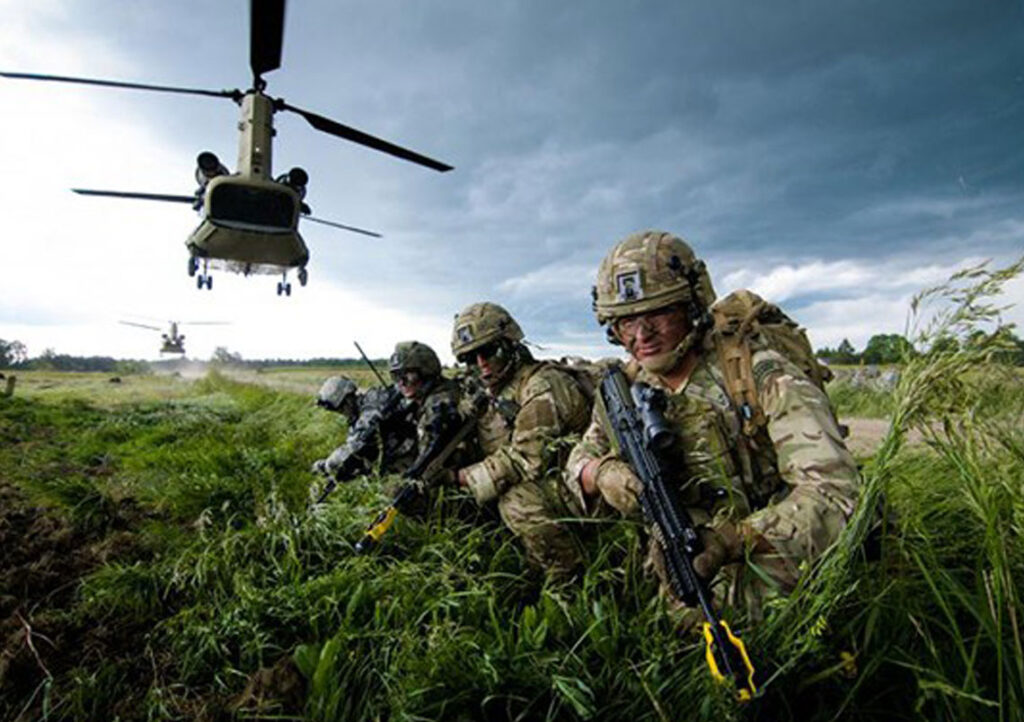 The Age of Great-Power Competition

January 20, 2020Publications
Foreign Affairs | U.S. foreign policy is, by most accounts, in disarray. Headlines—including in these pages—proclaim the death of global American leadership. Famous...
Read More 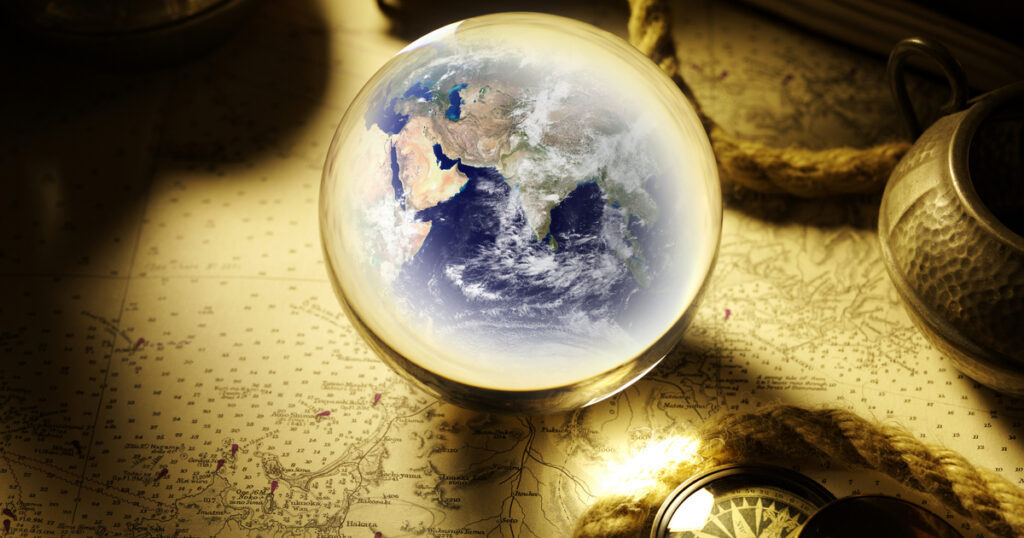 The Middle East in an Era of Great Power Competition, Hoover Institute

December 12, 2019Publications
Hoover Institution | In 1920, a young Winston Churchill wrote a memorandum to the Cabinet outlining his concerns about British policy in the Middle East...
Read More 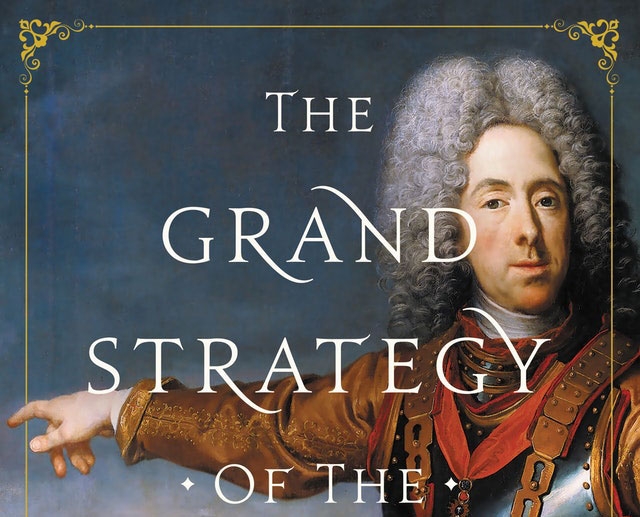 The Grand Strategy of the Habsburg Empire 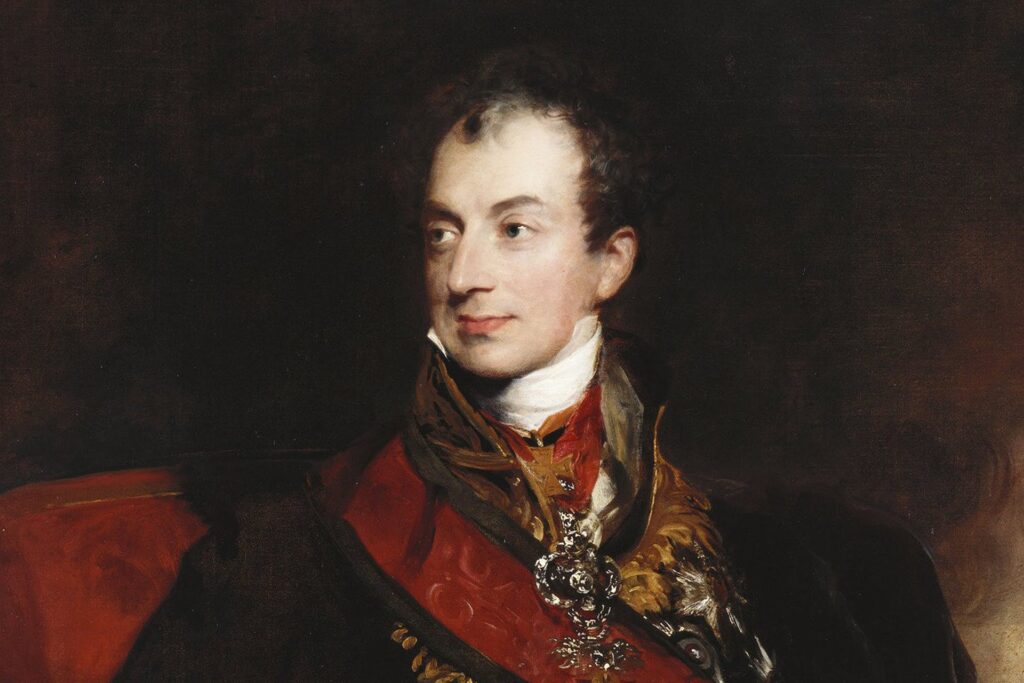 April 12, 2019Publications
Standpoint Magazine | “The historian is not yet born,” the Austrian state chancellor Clemens Wenzel von Metternich complained in 1829, “who will describe the numerous events....
Read More 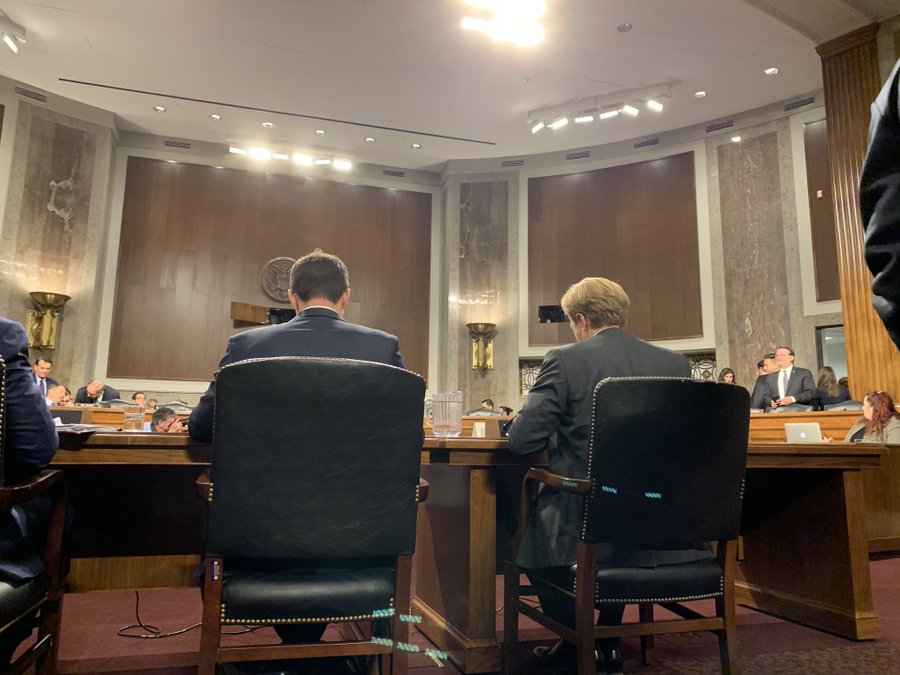 Statement of A. Wess Mitchell Assistant Secretary of State for European and Eurasian Affairs 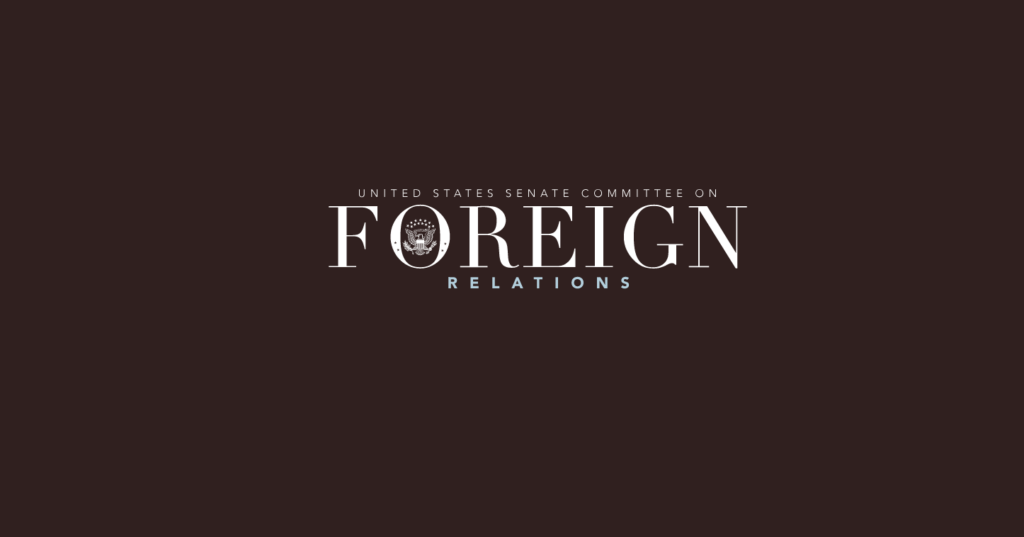 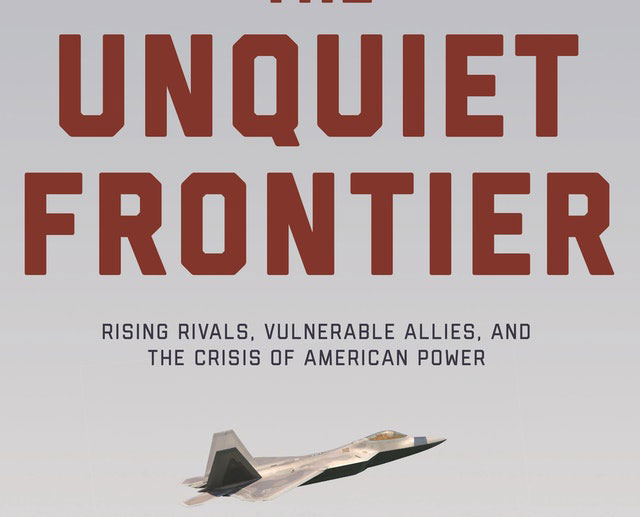 The Unquiet Frontier: Rising Rivals, Vulnerable Allies, and the Crisis of American Power

The Marathon Initiative © 2021 All Rights Reserved